Doug’s posting under our Adventures section http://adventuredad.org/428/adventures/a-dad-takes-advantage-of-an-opportunity/ was a perfect example of how unique opportunities present themselves when on an adventure.  Doug wrote about getting a special offer from the snow patrol, I immediately recalled the time Alex was in preschool and we decided to go watch the building of the Pepsi Center, Denver’s home of the Avalanche and Nuggets.

It was a Monday afternoon and I picked him up at lunch from preschool.  He already had his construction clothes picked out and loaded in the car and was very excited about seeing all the big trucks and cranes; the names for which he had thoroughly memorized.

We started our adventure in a nearby parking lot and watched the girders swing into place.  Later on, we noticed an entrance gate where workers were coming in and out.  Thinking there might be a possibility of a tour, we went over to ask if there were official tours of the site.  An older gentleman came walking out and we took the opportunity to ask.  He immediately said there were no tours.  We thank him and began walking away when he said, “Is that your son?”  I said yes and he said to meet him at the gate in an hour.

An hour later we showed up as asked and quickly learned that the man was the project superintendant and he greeted us with construction helmets in hand.  Climbing into his pick up, he drove us into the center of the Pepsi Center!  It was still dirt on the inside and he explained how they were a day away from removing the 4 massive towers that were supporting the freestanding roof.  What a thrill and an amazing learning opportunity for both of us.

Later on, he drove us over to his office where we got to see the massive rooms full of blueprints.  He also entertained us with stories about building Denver International Airport and how that massive project was completed.

Needless to say, we both had plenty of stories to share with our friends.  We relived the experience many times over, both at home and at his preschool, as we turned blocks and Legos into our own miniature Pepsi Center.

In looking back, even if we hadn’t ran into the supervisor, we would have had a great time.  True adventures, however, have a quality of the unexpected made possible by just slowing down and noticing what’s going on around you.  My dad always said that everyone wants to be helpful and all you need to be is friendly and ask a few questions. 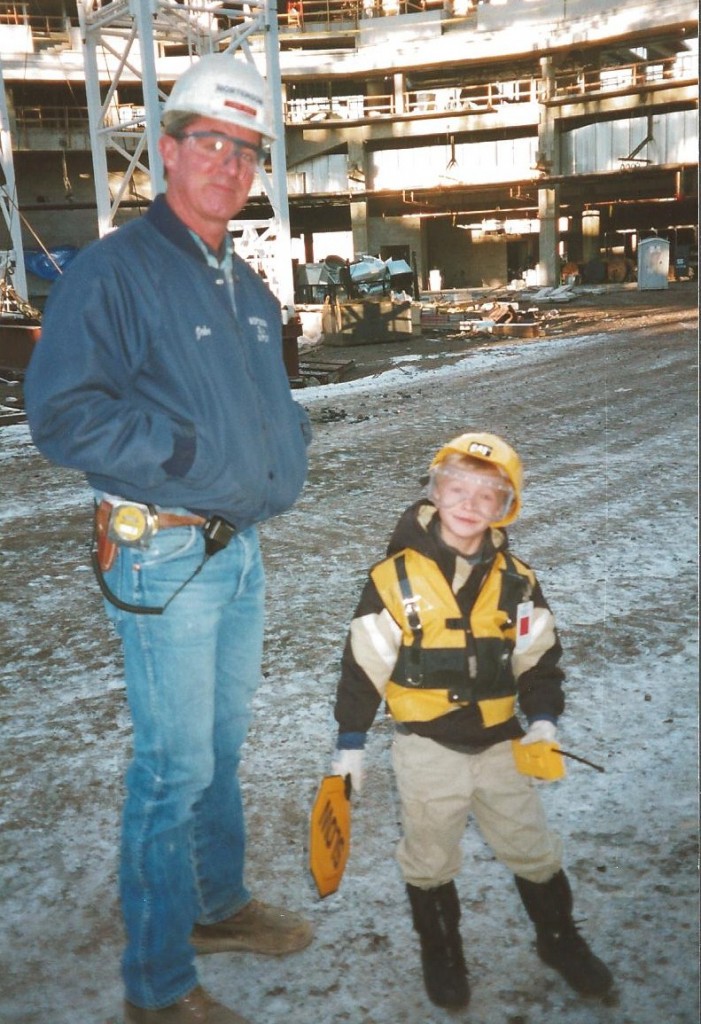