Rain, Rain Come Out and Play!

June in Denver is known for beautiful sunny mornings followed by late afternoon thunderstorms.  When Alex was younger, we would go out on the sidewalk and float down a variety of sticks and plastic boats toward the canal by our house.  He would run along with excitement and splash along as the rain came down.

As a teenager with a truck, a whole new idea came to his mind as I was filming one of the biggest storms I’ve seen in 25 years of living here.  As you’ll see on the clip, a very impromptu adventure came to life as the rain came down.  I now see a boat in our future! 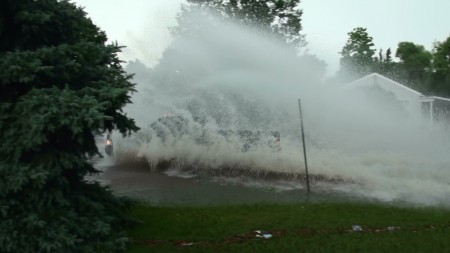